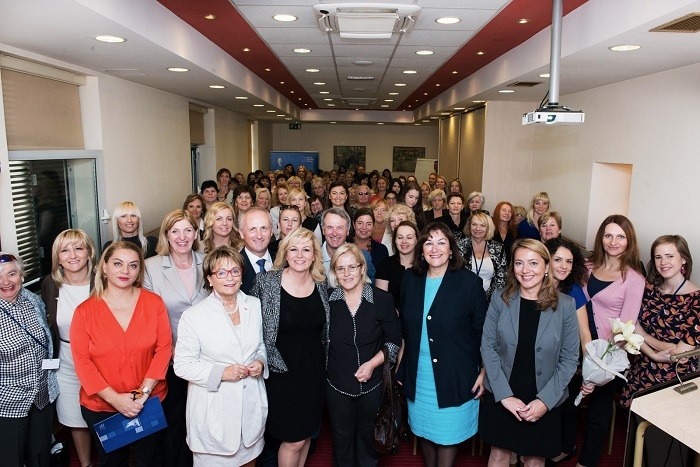 Along with the words of thanks, speaking about the new president and her enviable international career, Šuica pointed out that Grabar - Kitarović insists on long-awaited and much-needed unity, which will be key to come out of the deep economic and social crisis that Croatia finds itself in, while adding that Grabar - Kitarović reiterated several times that she aims to be president of all citizens in the Republic of Croatia.

"The HDZ has had a string of victories since 2012, before winning the presidential elections we won the local elections and twice we won in elections for the European Parliament, but the crowning achievement will be a victory in the parliamentary elections this year. Also, I thank European People's Party Women headed Mrs. Doris Pack, with whom I organized a Congress of EPP Women in October 2014 in Zagreb, to which European women leaders came to show support for Kolinda Grabar - Kitarović," said HDZ and EPP Women Vice President Dubravka Šuica.