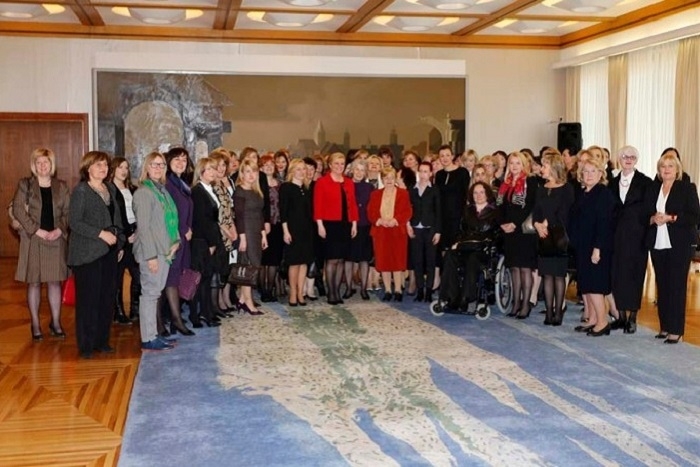 President of Croatia Grabar-Kitarovic organized a reception today for representatives of political, social and economic life of Croatian, which was also attended by the Head of the Croatian EPP delegation in the European Parliament and Vice-President of HDZ Dubravka Šuica. Issues of gender equality and the importance of improving the position of women in politics, society and economy were the main points discussed.

The President of Croatia used this opportunity to convey the highlights from her recent visit to the United States during which she participated in a debate and led a panel at the United Nations on the topic ˝Promoting gender equality and the empowerment of women and girls in the transformative development agenda post-2015˝ (as well as the international conference on gender equality organized by the Clinton Foundation and the Gates Foundation).

As a member of the delegation of the Committee on Women's Rights and Gender Equality of the European Parliament (FEMM), last week Šuica also participated in the 59th Session of the UN Commission on the Status of Women held in New York