Dubravka Šuica: “When will America abolish visas for Croatian citizens?“ 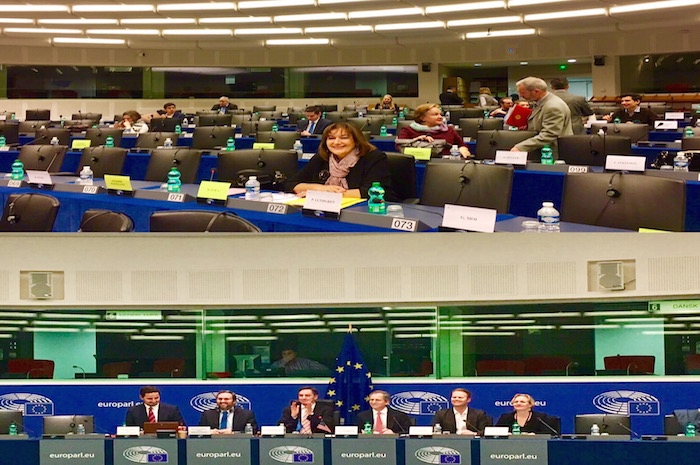 It is known that US citizens travel freely to the European Union, while citizens of Croatia, Bulgaria, Cyprus, Poland and Romania must meet demanding visa application requiremens. Canada, in turn, requires visas for citizens of Bulgaria and Romania.

As a member of the European Parliament Delegation for relations with the United States, Dubravka Šuica addressed the issue of abolition of visa requirements for Croatian citizens several times with the EU ambassador in Washington, David O'Sullivan, and the US Ambassador to the EU, Anthony L. Gardner, as well as the European Commission.

Since the European Commission has not yet acted and has not adopted a delegated act which temporarily suspends the exemption from the obligation to obtain visas for citizens of third countries, at today's meeting of the EP Delegation for relations with the United States in Strasbourg, MEP Šuica submitted an oral question the American ambassador to the EU, Anthony L. Gardner, about this problem.

"Once again I want to remind you that citizens of Croatia, which is a member of NATO and the European Union, should have equal treatment and that the citizens of the Republic of Croatia do not want to feel like second-class citizens. So despite the heightened fear of terrorism and the great wave of migration in the world, I take this opportunity to appeal to you because we need to insist from the US side to equalize the status of all Member States when it comes to the abolition of visas" - said MEP Šuica.

The US Ambassador to the EU answered that he is aware of this issue, but that it is difficult at this point to speculate what will be the policy of the new administration of the United States. Nevertheless, he stressed that he hopes that the Trump administration will continue friendly cooperation with the European Union and that it will continue negotiations on the abolition of visa requirements for citizens of Croatia, Bulgaria, Cyprus, Poland and Romania, which is in the interest of both sides in order to develop the economy and tourism.

Since the principle of reciprocal waiving of visas is a part of the common visa policy of the European Union, according to EU regulations, which the European Parliament and the Council brought in 2001, if within 24 months the third country does not ameliorize the absence of reciprocity, this could be a reason for the suspension of visa waiver for the citizens of those third countries.

"However, we must remain optimistic about the future negotiations on the abolition of visas for citizens of the EU, given that this was an election year in America and that transatlantic relations are very complex, especially when it comes to defense and security" - concluded MEP Šuica.